Interview with Tim Atkin MW, wine writer: “We need to redefine what we mean by fine wine.”

I first came to Russia in 1982. I think it was Andropov still in charge, and it was a completely different setup. I did a degree in French and I came here because we did an economic exchange with the school. And then I came again in 2016 or 2015, I went to Krasnodar, to judge the competition in the South.

In terms of wine, I am very impressed by how dynamic is market is, how young it is. All the people I met yesterday and today, seem to be young, and interested in, and often speak one or more languages – which is great for wine, and I hope great for Russia. It means that Russia has become an important market for wine. In a lot of traditional wine drinking countries and winemaking countries people are drinking less and less wine. So we need new markets, so I think Russia could be one of them, China, who knows, could be another.

I am really old and really boring, and I write things with a notebook. Just because if I am talking to somebody, I think having a computer in front of you is very bad for communication. And when I publish notes on my website, I then redraft them on a computer. So this is quite a long process. The other thing, I am always scared of pouring a glass of wine over it, or somebody is stealing my computer. I had two computers stolen in the last two years. One in Chile and one in South Africa.

I started working on a wine magazine in 1985, and to start with I didn’t like it very much. Wine in those days was very traditional, it was still Bordeaux, Port, little bit of Burgundy, little bit of Germany. New World revolution was just beginning. And I suppose once I got interested in that, particularly in what Australians were doing, also Californians, I think it opened my mind, but also gave me more pleasure that I met people who were more like me. I thought: “Oh, OK, this is actually quite interesting.” It doesn’t have to be people in pinstripes. It doesn’t have to be boring, old-fashioned and male dominated. So women were starting to come into business. Which also made it more interesting, more diverse.

So I guess that would have been about 1989. I thought I wanted to go into political writing or into sports, which is what my dad does – my dad is a sports journalist.

I started to realise that if you are interested in wine you are interested in everything, climate, geology, people, sociology, politics, economics, in flavour. And it’s not just for me what in the bottle, to me it’s the culture, places, human beings who make it, traditions, history. I am very lucky that I work in something that gives me pleasure. A lot of people don’t. 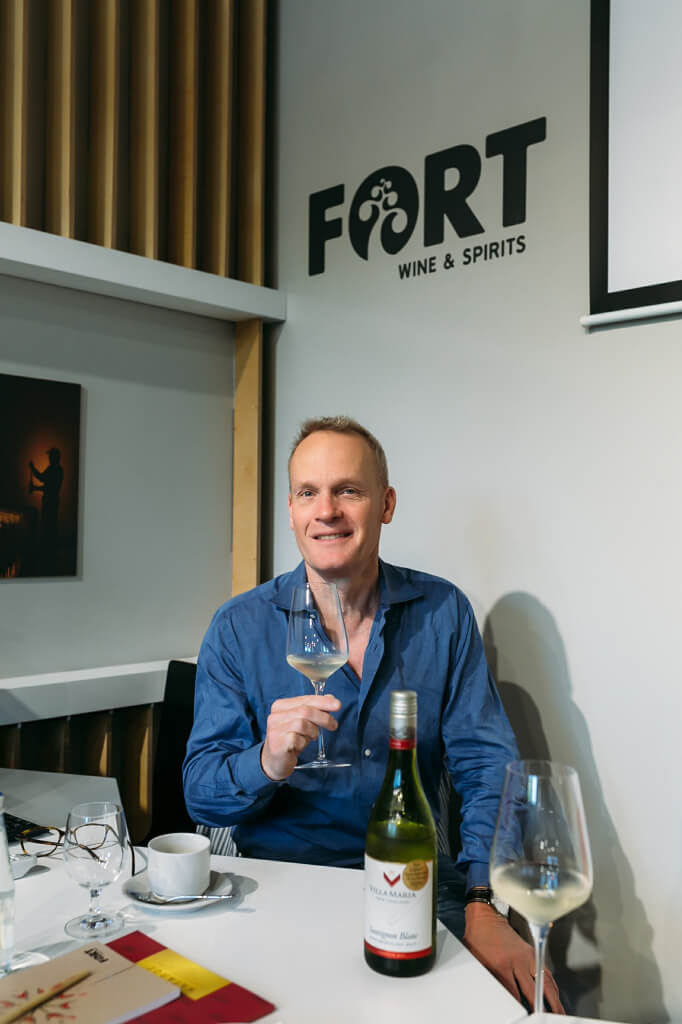 Why there are less female wine critics then male? I don’t know, I think in England quite a few of the most important critics are women. Jancis Robinson is very powerful in the world of wine and very good, Jane MacQuitty writes for The Times, Victoria Moore who writes for The Daily Telegraph and Fiona Beckett who writes for The Guardian. But I still think that globally most of the people who are quoted, there are more men than women. But maybe that will change. If you look at the number of people who pass the MW now, there tend to be more women than men passing it. There are a lot of women in important winemaking positions, so it’s changing little by little.

Yes, passing the MW is getting harder. Particularly the tasting. I think more good wines are made around the world now in more places, and therefore I think to be able to distinguish between them in a blind tasting is difficult. I think 50 years ago, when it started, there were not many great wines in the world. You had to know obviously the classics, but Australia was just beginning, South Africa didn’t really make great wines. Places like Russia and China, the Lebanon, Uruguay, Brazil – all of these places make good wines now. I think to pass you need to know what’s going on in all of these markets.

Does world need more MWs? Not really (laughing). I think it could really do with Russian MW. I think we need more MWs in countries where wine is developing. But it doesn’t have to be an MW, it just needs people who are enthusiastic, qualified and knowledgeable. And there are other qualifications and there are lots of people in the world who know about wine and who aren’t MWs. I think the first Russian MW would be great, and if we have more Chinese MWs it would be great, more South American MWs.

I have much to much wine, and I buy a lot of wine. So I’ve probably got 2000 bottles in my cellar, but then I keep a lot of wine in bond, I’ve probably got 100 cases there. I’m 56 and even if I drink a good bottle of wine every day in my life, I’m not sure I’ll drink it all. But that’s OK. I can’t taste a great wine that I love without buying it, because I want to drink it again.

I used to drink wine every day, and I’ve stopped, probably two days a week I don’t drink. But I’m not religious about that, I’m just trying to drink a bit less. Partly I think because of weight, I nearly always drink wine with food. And my wife doesn’t drink much wine, so if I open a bottle, I tend to drink most of it.

For me a descent wine collection is not a collection that is full of famous bottles, it is actually really boring, because all that means that somebody has followed the opinion of somebody else. So I think a descent wine collection should be one that reflects your personality and taste, and should include some special bottles that you spend as much money as you can afford, but also has other bottles which are everyday wines, cheaper wines that you’ve discovered. I’ve got lots of wines that I drink from regions that are not considered fine wine regions like Burgundy or Bordeaux, Champagne or Barolo and Super Tuscans.

Global government decided to uproot all vineyards, but to leave one wine region. What region would you fight for?

I would fight for Burgundy. But the problem is if all the vineyards were uprooted and climate change continues, the wines that Burgundy is making now might not be the wines that it will make in 10 years or 20 years time. Maybe we would have to be slightly cleverer and think further North. Maybe we would keep Champagne or we keep England (laughing).

Burgundian secret? A guy who is an expert in terroir, he thought the secret of Burgundy was cloud cover. Say you’ve got sunshine, but not too much, and it is kind of filtered through clouds. It is partly that. But I think it’s just these amazing vineyards, and talented winemakers, and they have two great grapes. And experience, they’ve been making wine for centuries. I think it’s intellectually fascinating.

This year when there were the Burgundy tastings in London, I took my own glasses. I don’t have a Tim Atkin glass, I’m not James Suckling. I use Zalto glasses if I’m feeling rich, or I use the Riedel Pinot Noir. I think it’s important to drink wine out of good glasses, but not too important.

Sommelier is probably the most exiting wine job currently. As a sommelier  you are employed, and I think the problem for journalists is that most people now, to get into journalism, have to start as bloggers. And as a blogger you don’t earn any money. When I started in 1985, I was employed on a magazine, they didn’t pay me very much money, but they paid me enough to live on. It was much easier when I was doing it, there was no internet, now everybody is a wine critic.

I think there are possibilities with internet, particularly with video blogs, interviews online, podcasts. More and more people are listening and watching, rather than reading. The long articles about wine – nobody reads them anymore, not many people. I do but… I think thinking visually and orally is the future of wine communication.

I think it’s also important to specialise, to find an area or a few areas that really interest you. You can’t be an expert on everything. There aren’t many good people write about Italian wines outside of Italy, Spain, South America is the same, whereas there are hundreds of people who write about Bordeaux and Burgundy.

I started publishing reports in 2010 and to illustrate them, I started taking pictures. Because it’s much cheaper to use my photos than to buy them. And it just become a part of my life then. I like taking pictures of people in particular.

From a photographer point of view what are the most beautiful wine regions?Probably Tuscany is pretty good, and I think Northern Argentina, Salta, is pretty amazing. South Africa, Rioja. I’m lucky, I go to beautiful places. We are lucky that wine is made in beautiful places mostly. The Mosel, the Douro… Bordeaux is an exception, it’s not very beautiful.

I think the great truth of wine is the passing of generations in a way. In that we all think that we are very important in our lives, but we are actually not that important in the Universe. It’s always moving for me, to taste a wine from a hundred year old vineyard, and it talks you about generational movement, about continuity. I think in a way it makes you humble. But it is also an energising thing for me. I don’t believe in God or reincarnation, I think this is it, you have one life. And I should put as much energy into it, and to enjoy it as much as possible in the time I’ve got.

Most underestimated wine regions? I would say lots of Chile, Argentina, South Africa, most of Spain, the South of France, large parts of Italy. Italy and Spain both provide amazing diversity and richness. I’d look at Portugal, Greece. Dry Tokaj is very interesting – Furmint is a fantastic grape.

We need to redefine what we mean by fine wine. I really think fine wine can come from anywhere.